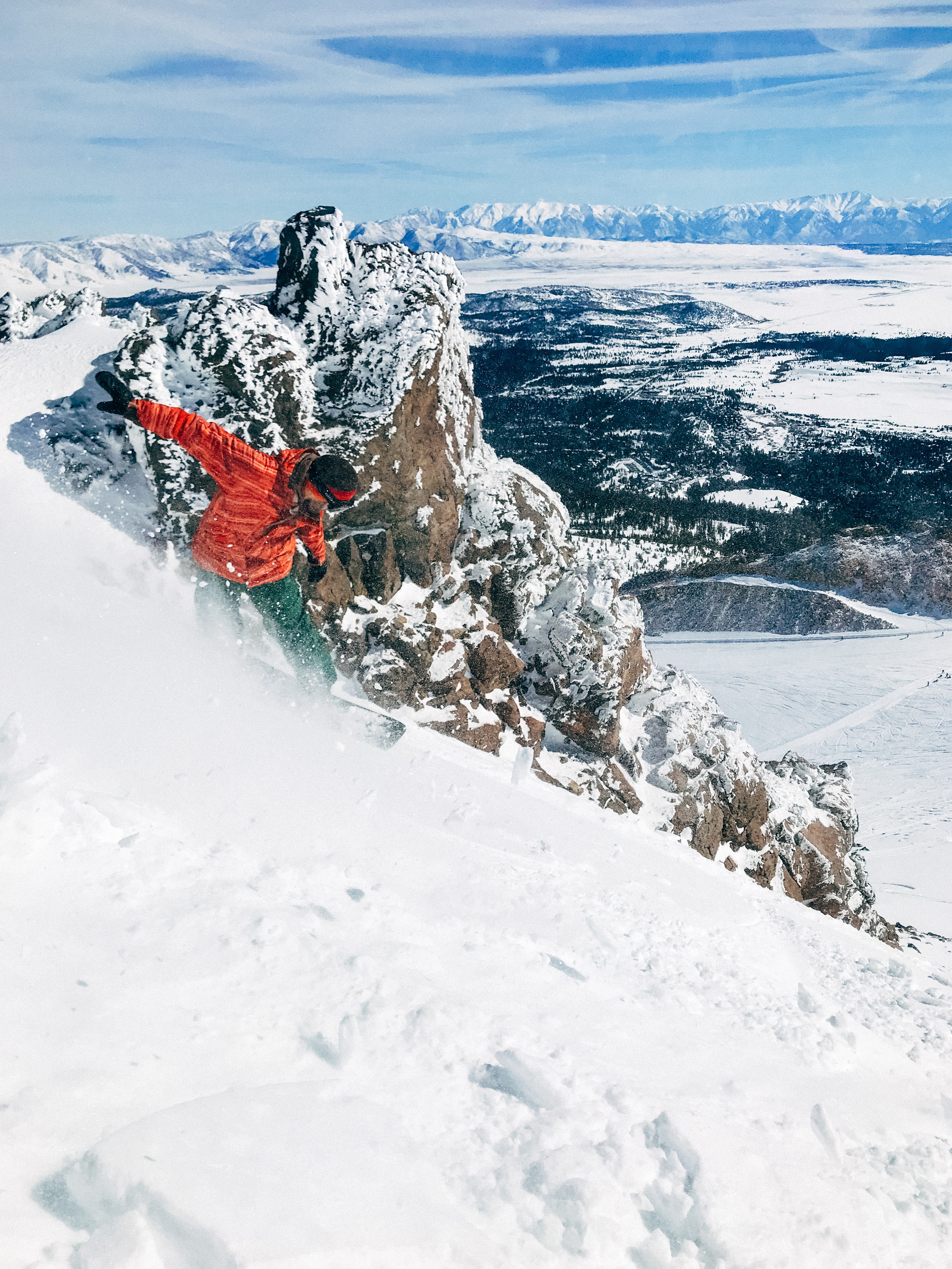 Mammoth Mountain is a lava dome complex in Mono County, California. It lies in the southwestern corner of the Long Valley Caldera and consists of about 12 rhyodacite and dacite overlapping domes. These domes formed in a long series of eruptions from 110,000 to 57,000 years ago, building a volcano that reaches 11,059 feet (3,371 m) in elevation. During this time, massive dacite eruptions occurred roughly every 5000 years. The volcano is still active with minor eruptions, the largest of which was a minor phreatic (steam) eruption 700 years ago.

Mammoth Mountain also lies on the south end of the Mono-Inyo chain of volcanic craters. The magma source for Mammoth Mountain is distinct from those of both the Long Valley Caldera and the Inyo Craters. Mammoth Mountain is composed primarily of dacite and rhyolite, part of which has been altered by hydrothermal activity from fumaroles (steam vents).

Mammoth Mountain is home to the Mammoth Mountain Ski Area, founded by Dave McCoy in 1953. Mammoth is a ski, snowboard, and snowmobile mountain during the winter months. Mammoth is the highest ski resort in California and is notable for the unusually large amount of snowfall it receives compared to other Eastern Sierra peaks—about 400″ annually and about 300 out of 365 days of sunshine—due to its location in a low gap in the Sierra crest. In the summer months the ski gondolas are used by mountain bikers and tourists who wish to get a summit view of Long Valley Caldera directly to the east and Sierra peaks to the west, south and north. To the south of the mountain, there are a number of lakes that serve as tourist attractions in the summer.